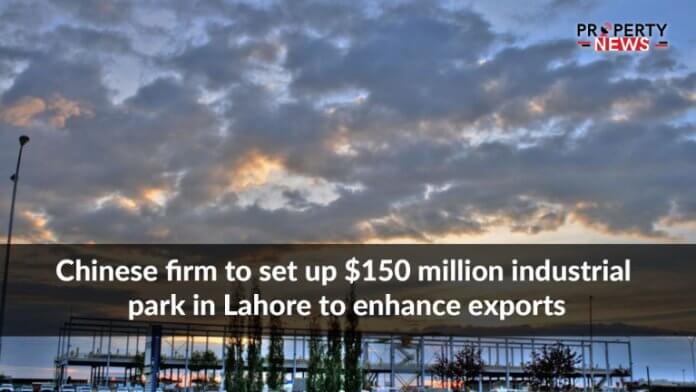 Lahore: According to a recent news report, a Chinese firm called Challenge plans to invest $150 million in an industrial park in Lahore to enhance Pakistan’s exports potential. This industrial park will be built near Lahore’s border with Kasur and will include cutting-edge cotton, dyeing, and garment manufacturing units to improve Pakistan’s sportswear exports.

It’s worth noting that the Chinese company has been working in Pakistan as Challenge Apparel since 2017, with a textile manufacturing facility on Multan Road near Lahore. According to Chen Yan, the firm’s managing director, the firm’s export income was about $44 million last fiscal year.

During this fiscal year, the Chinese company also expects to boost exports to $54 million from its current factory. Furthermore, Chen Yan expects that once the Challenge Apparel Industrial Park is fully operational, the company’s sportswear exports from Pakistan will rise to $120 million in the first year and then to $400 million over the next few years.

It is expected that the industrial park will start its operations in July 2022. While the Chinese firm currently hires around 3,000 workers, which includes only 28 Chinese nationals, it hopes to create around 10,000-11,000 new jobs in the market after the industrial plant becomes functional.