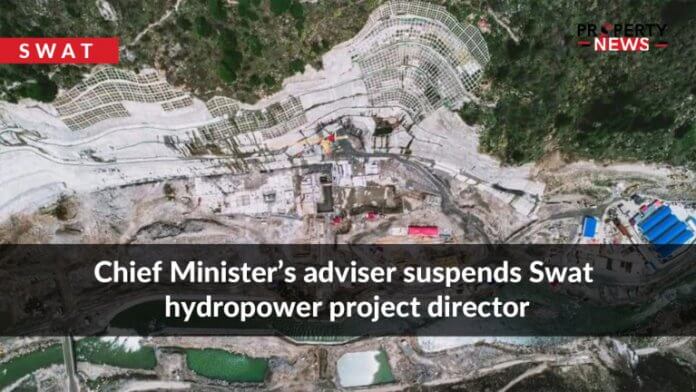 Swat: According to a recent news report, the adviser to Khyber Pakhtunkhwa (KP) Chief Minister (CM) on Energy & Power Himayatullah Khan has expressed displeasure over the slow pace of work on the 84-megawatt Matiltan Hydropower Project in Swat district and suspended its project director.

Read More: Local management to work on the restoration of Swat Valley: DC

The energy adviser sought an inquiry report about the reasons behind the unnecessary delay in the project within seven days. Khan had issued these directives during his survey of ongoing energy projects in Swat district.

The guide was joined by Power and Energy Secretary Muhammad Zubair Khan and PEDO Chief Executive Engineer Muhammad Naeem Khan. During the review of the under-development 84MW Matiltan Project, the consultant communicated resentment regarding the non-execution of guidelines given to the undertaking chief four months prior.

Deploring the sluggish speed of work on the task, he declared that the commonplace government would not endure any breaches in the consummation of significant energy projects.

Meanwhile, the adviser also visited the 88MW Gabral-Kalam Hydropower Project, which is being constructed with the financial support of the World Bank.

Commissioner Malakand on the occasion informed the adviser that issues about land acquisition for the project would be resolved at the earliest and practical work would commence soon. He said that the construction work on the Powerhouse Colony would start next month.

For more news and information, visit our website Property News.