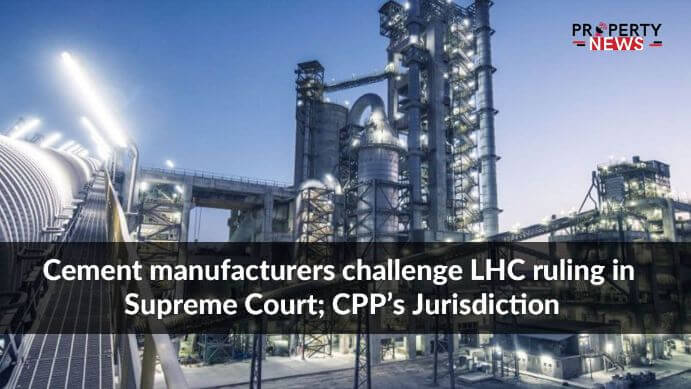 Islamabad: According to a recent news report, Cement Manufactures filed pleas in the Supreme Court on Wednesday against the Lahore High Court verdict. The verdict given had dismissed the petitions of all of the industries that were challenging the establishment of the Competition Commission of Pakistan (CCP) and the capability of the parliament to pass a law.

On October 26th of last year, challenging the verdict that a three-member bench included Justices Ayesha A Malik, Shahid Jamil Khan, and Sajid Mahmood Sethi. DG Khan Cement Limited and others urged the summit court to set aside the LHC verdict in the matter while granting them a stay order against the commission’s proceedings.

The petitioners further urged the top court to decide whether the LHC has stumbled in disregarding the deliberate removal of the entry relating to legislation in respect of monopolies and competition in the Federal Legislative List (FLL) of the 1973 Constitution.

They further presented that there was no entry in the FLL which allowed the parliament to legislate law on the subject of competition, adding that the parliament did not have the power to make laws on matters which were not enumerated in the FLL.

The petitioners also submitted that the FLL did not include any entry on the subject of competition regarding antitrust constraints.

For further details and information, visit our website Property News.