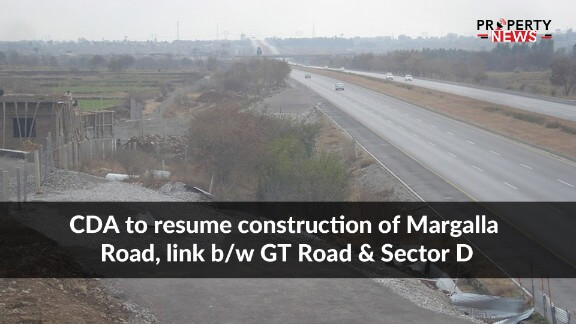 Islamabad: In a recent piece of news reported, the Capital Development Authority (CDA) has declared its decision to resume the construction of a road link between Grand Trunk (GT) Road and Sector D.

According to certain details revealed, the project was delayed for seven years owing to disputes between the authority and the contractor. Now, the CDA management intends to award a new contract for the road project through competitive processing.

The authority is now finalizing a new estimate and hopes to award the contract during the next month. It was also revealed that the development of the four sectors C-13, C-14, C-15, and C-16 depends on this project.

The 588 million Rupees project, which includes the construction of an 8.5-kilometre-long strip for Margalla Road, was launched in 2012.