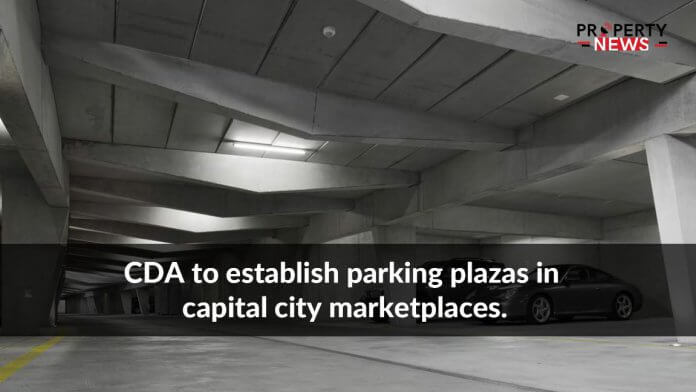 Islamabad: According to a source, the Capital Development Authority (CDA) Chairman Amer Ali Ahmed recently stated about the community agency’s decision to institute multi-storey parking plazas in major shopping markets of the capital city. The authorities have also launched the land identification process.

During his visit to Blue Area and F-10 Markaz to inspect the state of infrastructure and lacking facilities, he expressed his views about how overcrowded the marketplaces had become. Islamabad Chamber of Commerce and Industry (ICCI) President Sardar Yasir Ilyas Khan and other concerned officials were also present at the time.

Speaking with the sellers and shopowners of Blue Area and F-10 Markaz, Mr. Ahmed said that the CDA has intended to renovate the infrastructure of major commercial centers and market places of the city also stating that the development authority has commenced with the rehabilitation and restoration of roads, footways, streetlights, sewerage, and sanitation system.

While addressing the issue on the parking facilities, he said that the CDA has initiated the process of identifying plots in markets. He highlighted the community agency’s collaborative efforts with the ICCI; saying that these ventures were aimed at addressing the concerns of the business community of the capital city.