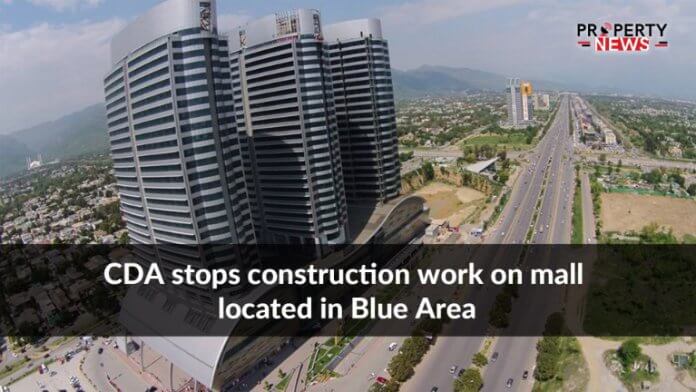 Islamabad: According to a recent news report, the Capital Development Authority (CDA) has stopped the management of a mall in Islamabad from further construction and warned that if they did not pay dues to the civic agency, the under-construction building will be formally sealed.

The multi-story Islamabad Mall is being built in the F-7/G-7 segment of Blue City. The plot holder has constructed more than the permitted covered area, according to the CDA. According to reports, the CDA estimated Rs200 million in extra charges a few months ago and asked the lessee to deposit it for the construction’s regularisation.

“Today, we suspended construction and requested that the lessee pay fine or additional charges, or CDA will seal the building,” said a CDA inspector. Officials from the CDA’s building control and compliance wing went to the under-construction building and ordered the workers there to stop working right away.

The CDA had also issued a letter to the allottee of plot number 56-N of Blue Area to stop the construction work immediately. The CDA officials said if the lessee did not deposit the regularisation charges and fine, the CDA would formally seal the building on Monday.