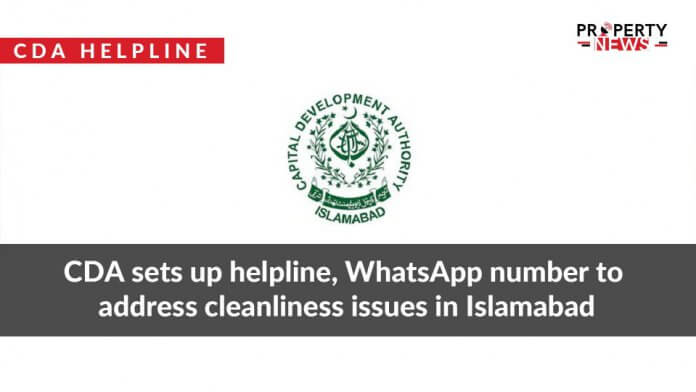 Islamabad: According to a recent news report, the city administration has shared the helpline for citizens to lodge complaints regarding cleanliness issues in the capital city, a news source reported. According to the details revealed, Islamabad residents can share their grievances in 1334 or WhatsApp their concerns at 0335-5001213.

The activity is important for the endeavours embraced by the Capital Development Authority (CDA) to keep up neatness in Islamabad. Chief Sanitation Sardar Khan Zmarai expressed that CDA Chairman Amer Ali Ahmed had given mandates to introduce squander compartments altogether parts of the capital city.

The city office has just initiated the drive. It expects to put 100 enormous metal waste holders and 500 little garbage bins in territories distinguished for the tidiness drive in the capital city. Additionally, as numerous as 1,000 residue containers will be introduced to the whole business regions of Islamabad within seven days.