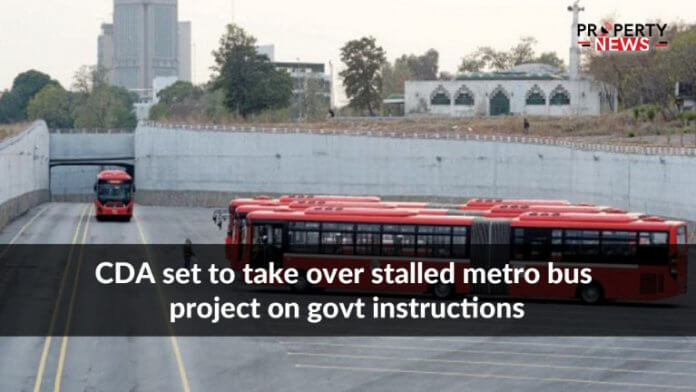 Islamabad: According to a recent news report, as per the decision of the federal cabinet and instructions from the interior ministry, the Capital Development Authority (CDA) is going to take over the stalled project of Peshawar Mor to Islamabad International Airport (IIA) Metro Bus Service from the National Highway Authority (NHA).

However, the NHA will be providing input to the civic agency. The CDA was given the lead role as the government has decided to complete the project by the end of the current year.

The construction of a metro bus route linking the federal capital with the new airport near Fatehjang was inaugurated by then-Prime Minister Nawaz Sharif in May 2017. The construction of the 25.6-kilometre track from Peshawar Mor to the airport is scheduled to be finished by Independence Day 2018. The premier had already confirmed that the new airport would open in August of that year.

Mr. Sharif pledged to complete other dormant schemes neglected by previous governments during his contact with the media at the commencement of construction on the metro bus track near Fatehjang. However, also after nearly four years, the Rs. 18 billion projects could not be completed.