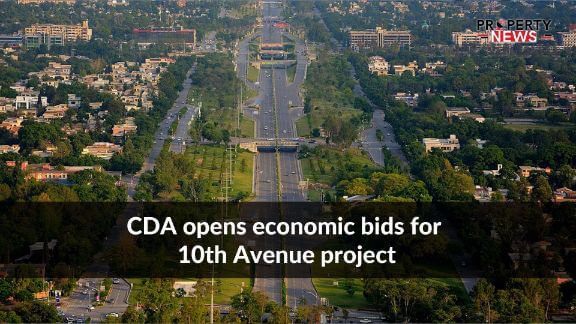 Islamabad: According to a source, the Capital Development Authority (CDA) has opened financial bids for awarding consultancy of the proposed 10th Avenue project. An engineer from the road directorate said an approximately 9-km-long avenue will start from I.J. Principal Road near Khayaban stop and culminate at the junction of Khayaban-i-Iqbal.

He mentioned that the contract for feasibility analysis, design, and PC-I would be awarded to the winning bidder. Within six months, the consultant will finish the project.

“Now, we are in the process of approving the bid,” said an engineer from CDA.

The official said once constructed, 10th Avenue will not only help reduce traffic congestion on I.J.P. Road and Ninth Avenue but will also provide an alternative route to residents of I-10, I-11 and those living in adjoining areas of Rawalpindi to reach Islamabad.

According to the Islamabad master plan, the city is supposed to have an avenue after every sector to divide it with the next one for instance 7th Avenue, which divides G-6 and G-7.