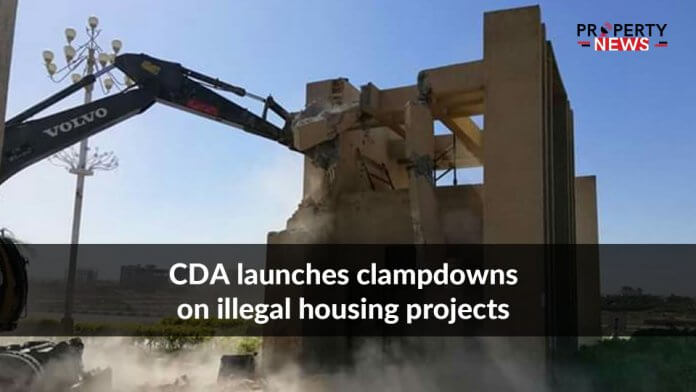 Islamabad: According to recent news, the Capital Development Authority (CDA) has launched a crackdown on all illegal housing schemes operating in Islamabad. The local bureau has begun issuing show-cause notices to the developers of these societies as part of the drive’s initial phase.

The concerned officials have confirmed that the list containing the names of these illegal housing project has been uploaded to the CDA’s official website. They further stated that the civic agency will initiate legal proceedings during the second phase of the operation.

The community authority has officially mentioned the Sui Northern Gas Pipelines Limited (SNGPL) and the Water and Power Development Authority (WAPDA) to end water and gas supply to these housing projects.

It has requested the administrators from these unlawful housing societies orders to get their format plans affirmed to evade the lawful results. Also, the CDA has mentioned Islamabad residents not to put resources into unapproved private ventures.