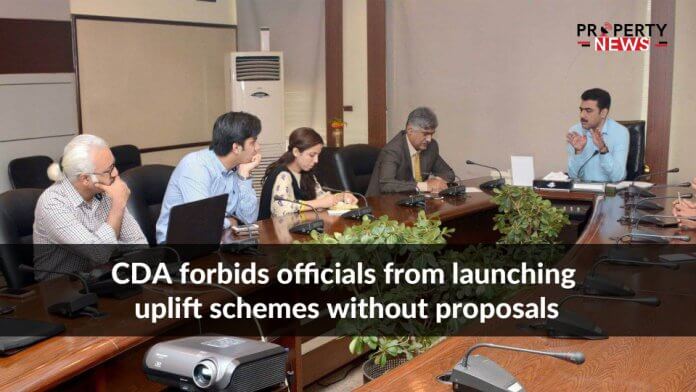 Islamabad: According to a news report published, the Capital Development Authority (CDA) has prohibited officials and concerned authorities from launching development schemes without inviting proposals. The civic agency announced the decision following complaints that the Engineering Wing had opted for quotations-based work instead of the tendering process.

According to details, several CDA officials were found to have violated standard engineering procedures about the offering process communicated by the civic agency. In response, CDA director technical issued a letter wherein he stated that the various executives of the civic agency were seen to carry out quotations-based work instead of issuing a call for proposals.

He further directed the officials concerned to discontinue works through quotations on an immediate basis; adding that the formations concerned were required to seek approval of the capable authority for commencing with quotations-based work in case of ‘petty works of emergent nature and unavoidable circumstances.