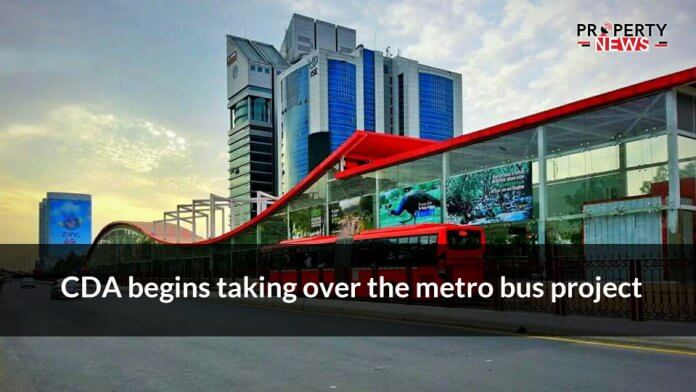 Islamabad: According to a recent news report, the National Highway Authority (NHA) has started the process to hand over the metro bus project from Peshawar Mor to Islamabad International Airport (IIA) to the Capital Development Authority (CDA). The NHA executed the construction work and after taking it over the CDA will run the bus service.

According to sources, the CDA received five metro stations on Monday. A part of the metro track from Peshawar Mor to the railway bridge was also handed over to the NHA a few days back. The remaining two stations, as well as the main platform, will be turned over to the CDA in the second process.

The CDA would implement ticketing and information management systems at bus stations before launching the bus service. At the federal government’s request, the civic body has begun taking over the project. Interior Minister Sheikh Rashid Ahmed was recently ordered by the federal cabinet to devise a strategy for the project’s handover and takeover.

They said that until the whole project was transferred to CDA, the civic agency could order that Islamabad Rawalpindi Metro Bus Service ply a few buses on the route as a stop-gap measure before CDA procures buses.

Officials said that because the buses would be imported, procuring individual buses for the metro track would take time.