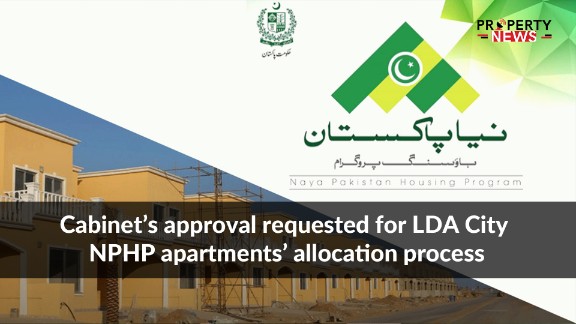 Lahore: In a recent report, it was revealed on Tuesday, the Lahore Development Authority (LDA) that it has sought the Punjab Cabinet’s approval regarding the system proposed for the allotment of 4,000 apartments being developed under the Naya Pakistan Housing Program (NPHP) project in LDA City.

LDA Vice Chairman SM Imran expressed his views on the matter during a summit of the LDA governing body. The participants also expressed their objective to forward a summary concerning to the prices of NPHP units, their eligibility criteria and terms and conditions regarding allotment to Punjab Chief Minister (CM) Usman Buzdar.

Furthermore, they provided their approval to the draft of an agreement confirmed between LDA and the Bank of Punjab. The said undertaking relates to the issuance of a letter to prospective allottees and the provision of home loans among others.

The civic agency plans to construct 4,000 apartments in 650 square feet measurements. According to the details revealed, these two-bedroom units will be housed inside a total of 125 four-storey blocks on 563 Kanals of land. The project is expected to cost Rs.10 billion.