Business district to be created on Walton Airport land 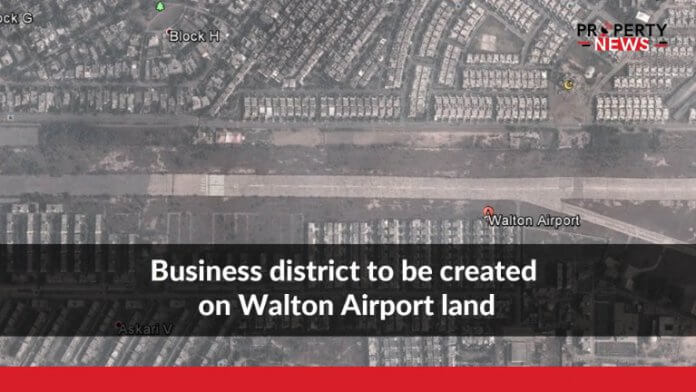 Lahore: According to a recent news report, the Chief Minister of Punjab Usman Buzdar has approved the decision to establish a commercial district on Walton Airport land while the airport is to be shifted to a different area. Prime Minister Imran Khan is expected to inaugurate the project soon.

The Prime Minister will also create a new Business District Authority for the management of this project, which is set to be another mega project that will change the face of Lahore. Asif Janjua will be in charge of the jurisdiction.

The project will be built on 22 acres and will be situated on Ferozepur Road. The property on which the business district will be constructed is owned by the civil aviation authority. Meanwhile, after 91 years, Walton Airport will be moved to a new site. It has been suggested that the airport be moved to the property next to King Edward Medical College’s current campus. The Punjab government has obtained the working papers for the airport’s move.