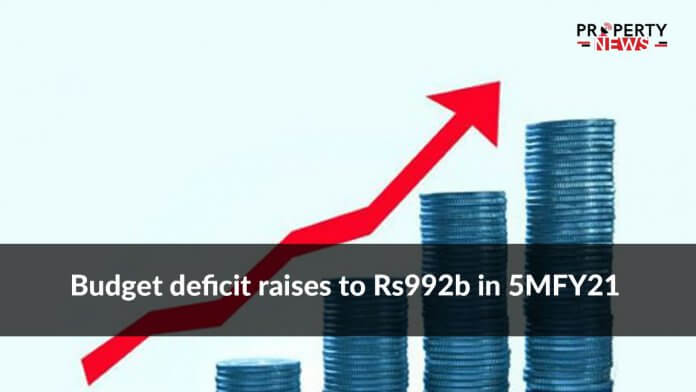 Islamabad: According to a recent report, the Federal Budget Deficit has soared to almost 1 trillion Pakistani Rupees during the first 5 months of the current fiscal year (5MFY21). Which is usually in-line with the annual budget target.

According to the Express Tribune, which quoted sources in the Ministry of Finance, there was a witness of Rs.992 billion federal budget deficit during the July-November period of FY21. This was seen to be higher than in the same period of the previous year.

The Federal Government expenditure increased by 14.5% to Rs.2.4 trillion in the July-November months. The expenses were higher by Rs.300 billion as compared to the last year.

According to the local media outlet, the Finance Ministry did not fully pay the electricity appropriations, and that there is a significant amount that is still unpaid.

It may be noted here that a squeeze on development and Defence spending is aimed at supporting the main balance, which is part of the International Monetary Fund’s (IMF) conditions.

For more information on the matter, visit our website Property News.