BRT Peshawar to add 30 new buses to its fleet 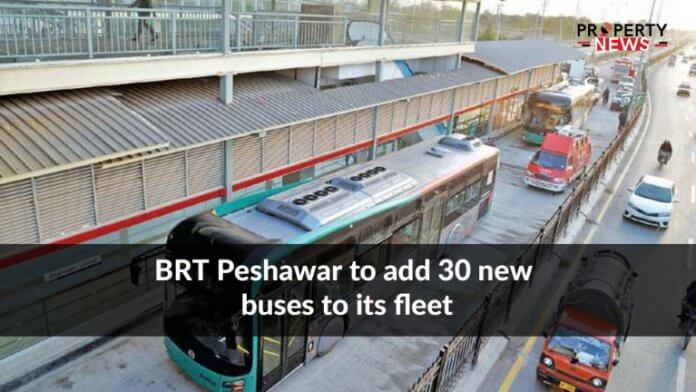 Peshawar: According to a recent report released on Monday. thirty more buses have been acquired from China for the Bus Rapid Transit (BRT)-Peshawar. According to the BRT spokesman, 30 new buses have left China to join the BRT fleet in Peshawar, which would further enhance commuting facilities for passengers. He said that these 18-meter long buses would run on the Express Route, which is the most popular route among passengers with no frequent stops.

The BRT administration is endeavouring to provide the best possible commuting facilities to its people,” He also added that the new fleet of 30 buses would accommodate around 3,750 more passengers on a daily basis.

“The number of buses in BRT service will rise to 158 after the induction of new vehicles,” the statement read.

Read More: Groundbreaking to start on new sector next week in DHA Peshawar

Work on the PTI’s flagship BRT project was launched in October of 2017 by former Khyber Pakhtunkhwa Chief Minister (CM) Pervez Khattak, who had set a six-month deadline for its completion for a cost of Rs. 49 billion. However, the project suffered delays due to the frequent design changes and other issues, pushing up the overall cost.