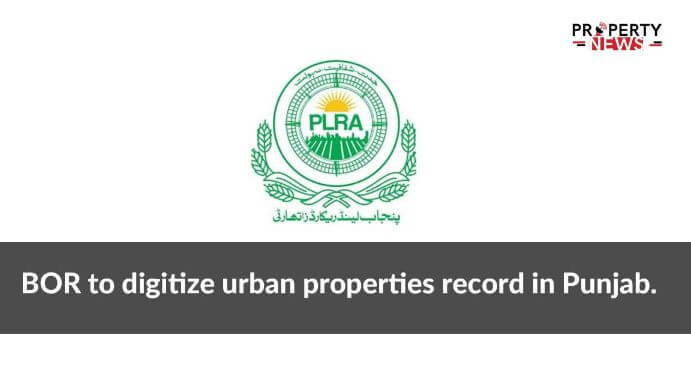 Lahore: A recent news source on January 12th, reported that the Board of Revenue (BOR) has been assigned the task to digitalize all of the records of properties located in the cities of Punjab. This task was previously assigned to the Punjab Land Record Authority (PLRA).

In the past year or so the project was being delayed for quite a few reasons. Therefore, the project is now under the BOR and will be executed under this department as well. The board will perform different tasks of digitalization in cooperation with the World Bank. Records regarding multi-storey buildings and commercial and residential properties will be digitized.

The spokesman of the PLRA stated that the two provincial departments have previously held a summit with the World Bank to further proceed on the matter. But from a recent source, the BOR will be handling all of the digitalization of records of properties alone with the World Bank.