Besant Hall set to serve as art and cultural complex 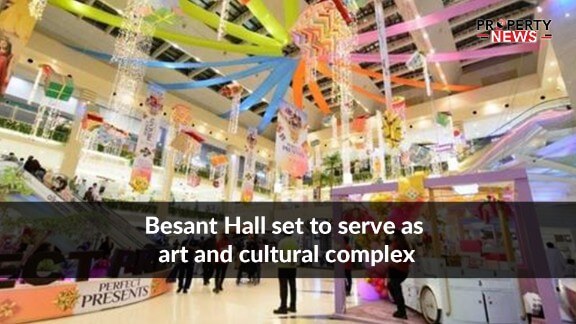 Karachi: According to a recent news report, the conservation work on 119-year-old Besant Hall — a cultural heritage that suffered neglect for several decades — has neared completion and is all set to serve as an art and cultural complex, according to Endowment Fund Trust (EFT) officials.

EFT secretary Hamid Akhund told Dawn after his visit to the building on Sunday that the trust would run the hall for 10 years under an agreement signed between the Theosophical Society and Hyderabad administration.

“Work on the building is more or less complete. We discussed today the final touches the building needed and that’s why structural engineer Shoaib Ismail was with us,” he said.

“We plan to start art classes at the hall immediately after Ramazan and the premises can also be used for the library which Hyderabad needs badly,” said Akhund.

“The structure will be used as an arts-and-culture/community centre, but it can no longer be used for commercial purposes. This could be the most adaptable use of the room, and an EFT committee will oversee it following the agreement,” he added.

Besant Hall, according to Akhund, had gutters on two sides that had been moved across the road to prevent seepage into the house. “There is already moisture in the building’s walls, so they are being left open for exposure to sunshine after some work,” he said.

He voiced his displeasure with the habit of dumping trash outside and on the corners of the house, which he said needed to be stopped and hoped the administration would take action. According to him, the land outside the house acted as a motorcycle parking lot since it was surrounded by a mobile market in Cantonment’s commercial area.