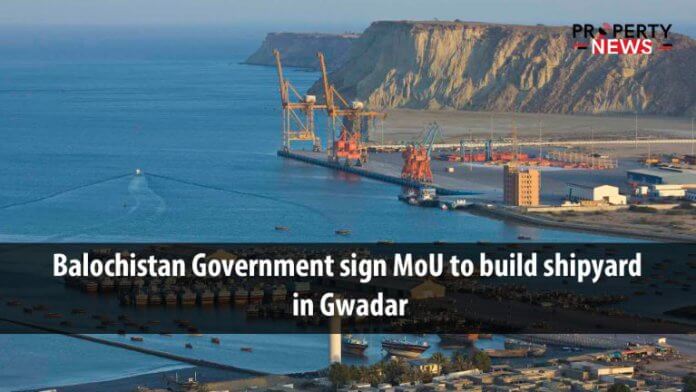 Quetta: As per recent news, the Federal and Balochistan Government on Tuesday have signed an MoU to construct a shipyard facility in Gwadar. The agreement was signed by the Additional Secretary Defence Production Ghulam Jaffar and Secretary Industry Balochistan Hafiz Abdul Majid.

According to the details, the Federal Minister for Defence Production Zubaida Jalal and Balochistan Chief Minister (CM) Jam Kamal Khan had witnessed the event. While speaking on the occasion, Minister Zubaida Jalal said that the facility would provide repairing and training services in addition to acting as a shipyard.

She further stated that the initiative was of great strategic importance and the facility would create employment opportunities for the local population in addition to boosting revenues of the provincial government.

While addressing the attendees of the event, the Balochistan CM acclaimed the initiative while further announcing his government’s plans to promote tourism as well as develop breakwater and fish processing units in the port city of Gwadar.