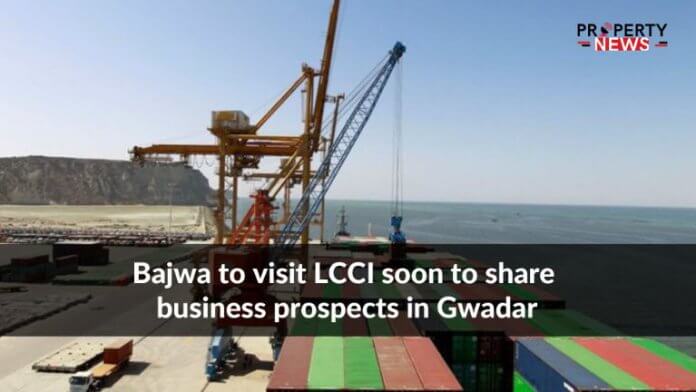 General Bajwa further assured the LCCI of holding a business meeting in Gwadar in March. While speaking to the LCCI President Misbah, the chairman stated that the work on CPEC projects is in full swing where the primary focus is on projects that are under development. He emphasized on the need for introducing CPEC as an initiative targeting regional connective to help make Pakistan emerge as a country that is being developed economically.

General Bajwa further stated that the prime objective developments planned under the CPEC are to improve the lives of the people of Pakistan. The megaprojects planned under the initiative include integrated transport and Information Technology (IT) systems such as roads, ports, rail tracks and data communication channels, he added.

Read More: Joint panel to be formed to oversee CPEC

The LCCI president Mr. Misbah said that the government should give the same tax concessions and incentives to the local business community as that being offered to the Chinese investors. This will provide a level playing field to financiers from both countries.

For more updates on the projects of CPEC, visit our website Property News.