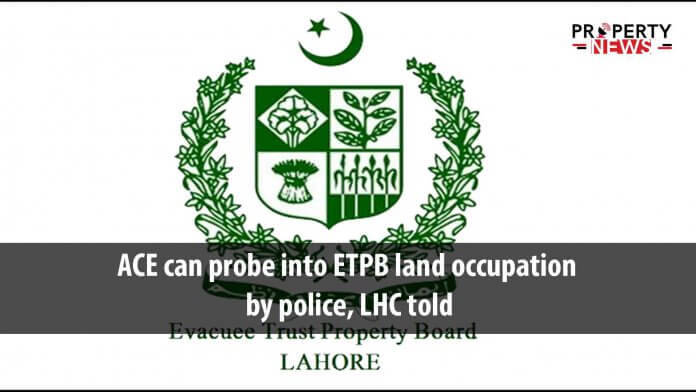 Lahore: According to a recent news report, the Anti-Corruption Establishment (ACE) told the Lahore High Court on Monday that it could hold an inquiry into illegal possession of the Evacuee Trust Property Board (ETPB) land by police.

ACE Director General Nafees Gohar claimed this during the hearing of a contempt petition filed against the Punjab Inspector General of Police (IGP) and other officials for failing to vacate the ETPB property amid a court order.

Earlier, Additional Director Abubakar Khuda Bakhsh of the Federal Investigation Agency (FIA) told the court that the crime did not come within the agency’s control.

Muhammad Zakariya and others had filed a contempt petition against the police, through Advocate Asif Awan, for failing to vacate the ETPB property that had been leased to the department.

The police had asked the ETPB in 2001 to allow them to establish the Elite Police Training School on 72 Kanals and seven marlas of land. In return, the police authorities had given the ETPB land of the same amount, but in three different areas.

However, in 2020, the police took over the property once more, stripping the petitioners of their rightful ownership provided by the ETPB. The chief justice also served notices on the respondents in a new petition filed by Chaitan Lal, a Hindu resident, demanding the return of 775 acres retained by the police in various parts of the city.