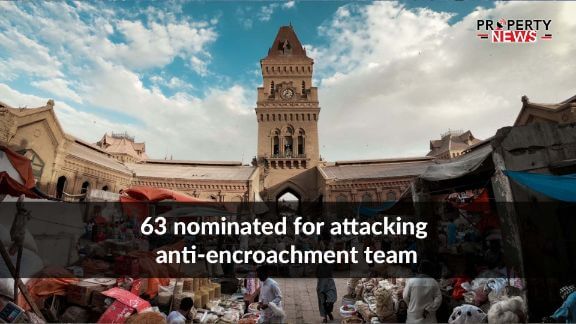 Bahawalnagar: According to a news source, sixty-three people, including women, were nominated in a case on Friday for attacking an anti-encroachment team and injuring four officials at Fort Abbas. The case was registered on the complaint of Abdul Qayyum, an official of the revenue department, with the Fort Abbas police.

During the mission, the squad was targeted by hundreds of men and women armed with sticks and guns. Gardawar Abdul Qayyum, ASI Sardar, and two other officials were wounded as a result. The team was also allegedly fired upon, according to the FIR, and the officials saved their lives by fleeing the area.

The FIR named 63 people, including 10 women and about 30 unidentified persons, according to Fort Abbas SHO Jawad Haider. Any of the criminals, he said, had been apprehended.