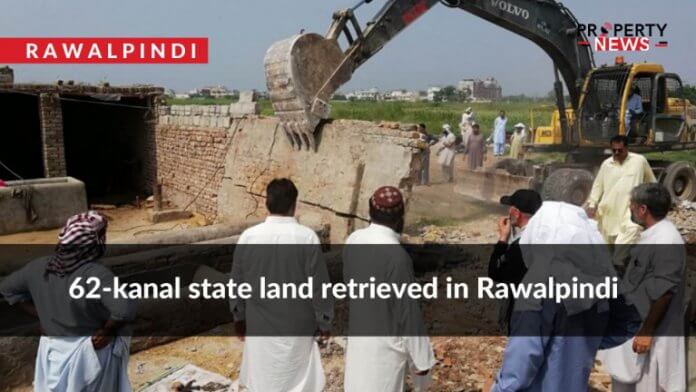 Rawalpindi: According to a recent news report, the local administration has retrieved 62 Kanal and 16 Marlas of state land that was occupied illegally and was worth Rs. 200 million by the “qabza mafia” at Moza Pashwaal near Taxila.

The local administration has registered FIR against illegal occupants. The Chief Minister Punjab Usman Buzdar has directed the city district government, Rawalpindi to crush ‘qabza mafia’ and take strict action against the officials cooperating with the mafia.

The DC said that if anybody is affected by ‘qabza mafia’ or any powerful person had forcibly occupied his/her land, house, etc, they should immediately file applications for further action.

On the instructions of the Punjab CM, the city-region government has shaped a phone to capture ‘qabza mafia’ to secure the property of the poor. The Chief Secretary Punjab has likewise guided Deputy Commissioner to submit full income record, lawful and unlawful occupation record of Rawalpindi. The organization has likewise shown standards in the city requesting that the public record applications against ‘qabza mafia.’