212 commercial roads allocated for the business-related activities in Rawalpindi 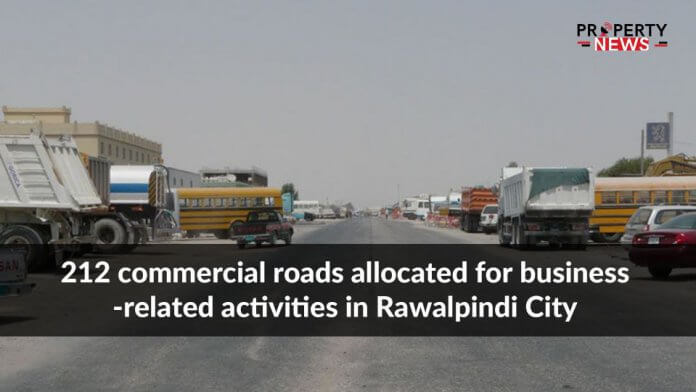 Rawalpindi: A new source has reported that Commissioner Captain (retired) Mohammad Mehmood has asserted that the Rawalpindi Division administration has identified 212 roads for business-related activities for the next 10 years. He had given this statement on Sunday, 10th of January 2021.

The summit was about the commercialization of the roads of the city. Director Development and Planning (DDP) Nazia Parveen Sudhan, RMC Chief Officer Ali Abbas Bukhari, and other concerned officials were present during the meeting as well.

He said that the administrators of the district where these roads are located were approached to assign these roads as ‘business’ routes with adding that a district planning and council are being shaped for this very reason.

The panels will be going by the deputy commissioner of each district, while different individuals will incorporate representatives of traffic police, public health, building offices and departments, town organizers, and civil society.

The Commissioner Captain also mentioned that around 261 roads have been identified for business-related activities taking place, but they were yet to be declared industrial.

For more information and details visit our website Property News.