20,000 NPHP apartments to be constructed in slums of Lahore 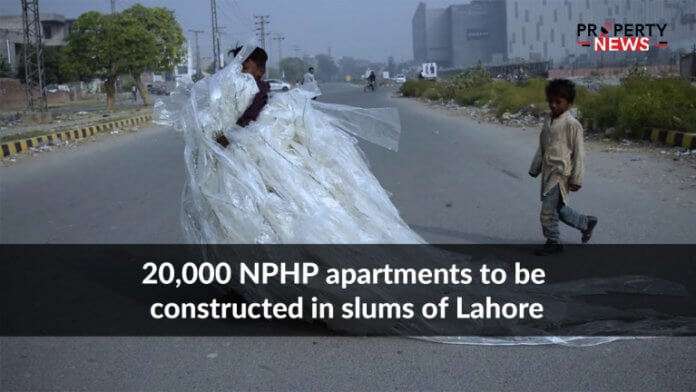 Lahore: According to recent reports, the Punjab Government has announced the decision to build 20,000 apartments under the Naya Pakistan Housing Program (NPHP). The venture is intended to handle the issue of accessibility of land since the city has extended fundamentally.

Read More: LDA City Naya Pakistan Apartments in 2021, Everything you need to know!

According to the details revealed and as per the vision of Prime Minister Imran Khan, these apartments are a part of the government’s initiative to develop high-rises in Lahore. Initially, a probability report has been prepared for 20,000 apartments. Directorate General of Katchi Abadis & Urban Improvement and LDA’s Katachi Abadi Directorate have been issued instructions on the matter.

These apartment complexes will be developed in the slums situated in Gulberg, Bhabra, Harbanspura, Township, and Garden Town. The apartments will be built on a public-private organization premise. The occupants of the slums will be apportioned these apartments.