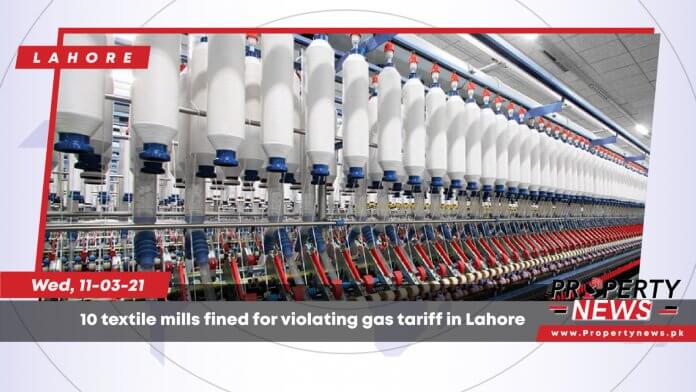 Lahore: According to a recent news report, the Federal Enforcement Agency (FIA) has fined ten textile mills a total of Rs. 130 million for suspected gas tariff breaches and theft.

During a search of numerous textile units in Lahore city, the FIA anti-corruption circle discovered at least 10 of them involved in gas tariff violations and extortion, according to the FIA.

“The FIA fined ten textile mills Rs. 90 million for breaching gas tariffs and Rs. 40 million for stealing. The fine has been deposited by both units, according to the release, which also stated that Assistant Director Nasir Mahmood will look into the matter. The FIA director zone-I had instructed the circle to begin a crackdown in the province, according to the paper.